Things You Didn’t Learn In Sex-Ed, But Should Have!

For some reason, there is always a huge stigma around sexual education and what we can and can’t talk to kids about regarding the deed. Alright, alright, I’m sure many of you already have your backs up about what seems to be an obvious statement. “SOME reason??? There are a MILLION reasons!” Or, “We can’t talk to kids about non-biological aspects of sex without encouraging hedonism!”

You’re going to teach a bunch of teenagers who are strung out on hormones only two aspects of sex because they are “justifiable” from a biological standpoint?

Forgive me if I come off a little brash here, but this is ridiculous. Of course, those two points are crucial when it comes to preventing teenagers from impregnating each other and spreading VD – but there’s a lot more to sex than fluid swapping and baby-making and frankly, it’s about damn time we were okay talking about it.

Our society is sex obsessed. We throw kids out into a world of suggestive advertising and sitcoms with constant innuendos, then turn around to them – the young broads especially – and say, “No, no, that’s not real life, sex should only be used for reproduction and you will contract gonorrhea if you try it.”

Sex happens not only because we are riled up or want to make babies, sex is a psychological outlet. Not equipping teenagers with the reality of this is far more destructive than clearing up the occasional case of the clap. Now, I’m definitely not implying we stop with the physical education of sex-ed, but trust me, once you see your teacher putting a condom on a banana and you can’t UNSEE it – the lesson is learned! I’m merely saying we need to add to what is being taught.

What is most frustrating to me about this entire topic is the ignorance so many education systems have. A narrow-minded style of teaching, which encourages abstinence until marriage for fear of the “consequences sex brings”, has been proven to lower the usage of contraceptives and increase teenage pregnancy, HIV and other STIs in countless studies. Countries with a more realistic approach to equipping teens (Go France and Germany!) not only see lower incident rates, but seem to have the basic principal of teenagers understood: teenagers love to do what they’re told not to do! The proof is in the statistics, and we need to change our approach.

So what am I suggesting? Talk to teenagers like they are adults – they get it. Equip them for what the sexual world really looks like, and how it will affect them and their relationships. Be straight about the emotional and recreational uses of sex and their consequences. The three biggest points I would add to the curriculum?

Sex is not a tool to demonstrate your worth, either through pride or shame.

Although we like to think we’ve progressed, the stigmas around sex being either a badge of honour (usually for men) or point of disgrace (usually for women) needs to be taken away. This archaic way of thinking a man has to convince a woman to sleep with him, and she ultimately decides, is still perpetuated in even Western cultures. Equipping the next generation with the tools to understand their motives for initiating or desiring sex, and being confident in their own decision to say “yes” or “no” will not only breed confidence, but in the long term, we will save a lot of broken hearts and feelings of regret through sexual manipulation or judgment – even ridicule – from peers.

It’s no secret why Lady Gaga’s “Born This Way” became a sort-of anthem for sexualities outside of heterosexuality. It’s natural. We see it in different species, throughout human history in different cultures, and now are able to link this to prenatal hormones. Unless you’re still living in the early 20th century, we should now see this as an opportunity to teach acceptance, and break away the shame and judgment that unfortunately still surround this topic. I’m more of a glass-half-full person, and I have to say the leaps and bounds made on this topic, even over the last ten years, is remarkable. We still have a ways to go, but starting with the next generation seems nothing short of logical.

Easy now… I’m going to tread into this area lightly for any girls out there shouting at me that men and women are created equal. I’m not about to say that women don’t enjoy sex, or that men are the hunters and women are the hunted. The bottom line is, men and women do differ in some ways, and those ways should be celebrated and respected within their own rights. What I’m highlighting here are psychological and neurological studies across many different topics that show the difference in how sex chemically, emotionally and physically affects gender, and how we should be open to educating our kids on how this should play into the decisions they make in their relationships and with their bodies.

At the end of the day, sex comes down to a lot more than P entering Vuh-G. Kids are going to talk about sex – a lot of it misheard or misinterpreted – and the vast majority of what they are discussing doesn’t include STIs or pregnancy. Passing along some keynotes and tools of dealing with the social and emotional consequences of their actions is integral. Couples in quarantine: how to not kill your partner in isolation
April 14, 2020 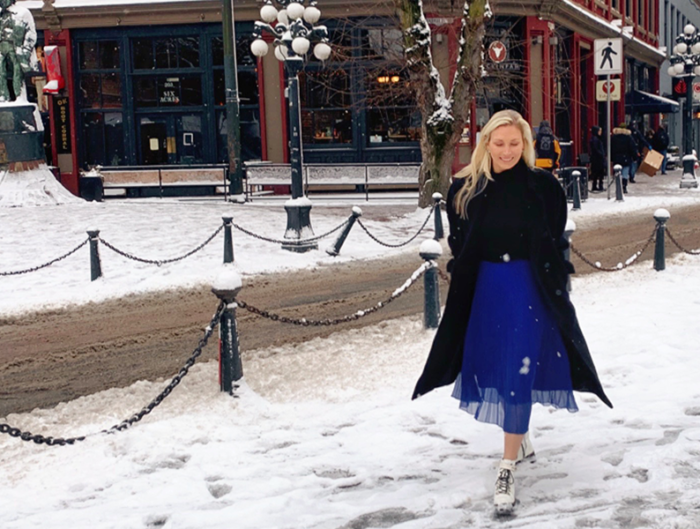