How To Make Positive Changes In Your Life

We often think that making positive changes in our lives is about finding the will power to fight off temptations… this year, I’ve learned it’s not. Through some serious failures, I’ve realized change doesn’t happen by willing away the bad, but by focusing on the positive you want to bring to yourself.

I have lived my life coping with allergies: I have anaphylaxis to dairy products and eggs, but also am intolerant to wheat and gluten. In order to accommodate my severe allergies, I often opted for choices on menus or in the grocery store that were flour based because they were so much more accessible and a safer choice than impending death. Unfortunately, a couple of years ago, the wheat started to take a real toll on me: I was tired, irritable, and had physical symptoms like bloating and constantly feeling exhausted. (Sexy, right?) It was clear I had to make a change.

For the first while, I was OBSESSED with crackers, bread and pasta. It was all I wanted, and all I dreamt about. I constantly had to talk myself off the ledge and turn my gaze away from the treats while bee lining through the bakery of the grocer. I knew I had to change my outlook, and find things I could start saying “yes” to, because I was starting to feel like a junkie waiting for my next fix!

I made up my mind to invest an afternoon trolling the aisles of Whole Foods finding alternatives to get excited about. Taking time to put some enthusiasm into new recipes helped me out too. Focusing on the positive put my “no cracker left behind” mentality to rest, and soon enough, my new mindset was what had become my habit and obsession.

Obsession can be a fabulous tool when used in a productive way!

Apparently Socrates knew what he was talking about…

While I’d love to tell you that I have enough positive reinforcement with wine to turn down a cold beer après ski… that would be a lie. But the real goal in self-improvement is to make these indulgences or poor choices a break from the norm, not the other way around.

The big idea here though, for me, hasn’t been about diet. I’ve used this to make changes in my life, in the people I have been surrounding myself with, in the ways I spend my time. It’s so much easier to focus on what I DO want as opposed to what I DON’T want in order to live a happier, healthier, more fulfilling life. It took time at first – it took breaking bad habits and finding habits to replace them – but the payoff has been irreplaceable.

And while many of us know in theory we need to focus on the positive, as with most things, it’s putting it into practice that is the challenge. Don’t beat yourself up next time you hear yourself divulging that little piece of gossip you should have kept to yourself, acknowledge it and move forward. Obsessing will only perpetuate the habit… and this is all about building positive habits that become our day-to-day lifestyle. 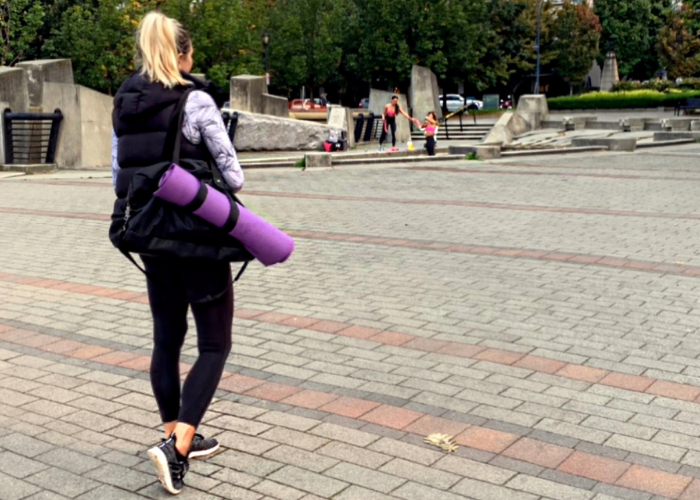